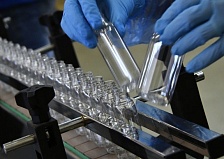 The number of residents of Ruzaevka, the first priority social and economic development area in Mordovia, has reached 15. A few days ago, two more companies (RuzFoods and Ruzpromproduct) received preferential business status.

The decision was made by the Ministry of Economic Development of Russia. The implementation of projects proposed by new residents will create more than 80 new jobs in the monotown.

The RuzFoods enterprise plans to establish production of food and cosmetic products in the railway capital of the region. The total cost of the project is 20.833 million rubles. The new enterprise will employ at least 70 people.

Ruzpromprodukt company is the initiator of the second project, which will be implemented in Ruzaevka. The plans are to launch the production of personal use antiseptic lotions there. The project is worth 3.298 million rubles and it will employ 13 people.