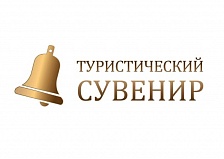 The first place in the nomination «The idea of ​​a tourist souvenir» in the economy category was won by a set of translated tattoos with Mordovian symbols and phrases in the Moksha and Erzya languages. They were invented and presented by the teacher of the Saransk school Yulia Kuzmina.

The second place in the same nomination in the VIP category was awarded by the jury to the talisman «Acorn», which was made by the specialists of the Saransk company «Rostr» from a unique stained oak wood.

Along with this, the souvenirs of Mordovian masters took two third places in the nomination «Souvenir of the city». In the economy class, the «bronze» of the creative competition went to the «Saransky Fox» magnet, made by Tatyana Nikishanina. In the middle price category on the same pedestal were napkins for serving «Saransk», created by the creative tandem of Yulia Kuzmina and Tatyana Nikishanina.

In the nomination «Souvenir of the region», the bronze medalist was a bracelet made of beads «Tyashtenya», woven by the master of decorative and applied creativity Anna Mineeva.