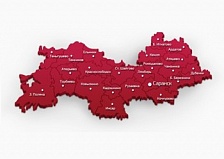 At the end of 2022, the Republic of Mordovia took the fourth place in the ranking of organic regions of Russia. This is reported by the official website of «Roskachestvo». It is reported that the rating takes into account the number of enterprises that produce certified organic products - products without pesticides, herbicides, mineral fertilizers and other achievements of the chemical industry. There are seven such enterprises in Mordovia. 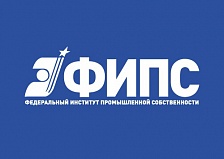 A regional branch of the Federal Institute of Industrial Property (FIPS) will open in Mordovia. The branch will be endowed with full-fledged FIPS functions. This is stated on the official website of The National Research Mordovian State University named after N.P. Ogarev. It is reported that the creation will simplify the interaction of enterprises of the Volga Federal District, regional patent attorneys and patent experts with the expertise of Rospatent. 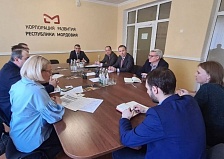 Evgeniy Shcherbakov, Managing Director of the VEB.RF Urban Economy Development Unit, paid a business visit to the Mordovia Development Corporation. The meeting was attended by employees of the Mordovia Development Corporation, headed by General Director Sergey Sergeyev, Deputy Minister of Economy, Trade and Entrepreneurship of the Republic of Moldova Petr Anashkin and Head of the Ruzaevsky Municipal District Alexander Yutkin. 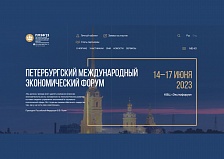 PROPOSALS ON TOPICS FOR THE ST. PETERSBURG INTERNATIONAL ECONOMIC FORUM 2023 ARE BEING COLLECTED

The Roscongress Foundation and the Agency for Strategic Initiatives are collecting proposals on topics for the St. Petersburg International Economic Forum 2023 on the «Strong Ideas for a New Time» crowd platform. Topics are defined within the framework of eight directions, among them are also: strengthening the technological sovereignty of the country, digitalization and modern technologies, world trade and logistics of the new time.

In the Republic of Mordovia, a new railway carriage for the transportation of carbon black with precipitation protection, model 25-1236, was certified. There are no analogues of this model in Russia, said Alexander Kulikov, Deputy General Director for Sales of «RM Rail». According to the official website of the company, the carrying capacity of the model is 67 tons (+7 tons in comparison with similar models), the body volume is at least 150 cubic meters. m (+3 cubic meters), the service life is 32 years. 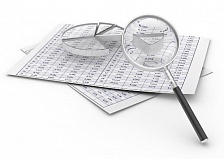 The Russian government has extended the moratorium on inspections. It will continue to operate in 2023. The decree was signed by the Chairman of the Government of the Russian Federation Mikhail Mishustin. It is clarified that in relation to objects of extremely high- and high-risk categories, the control authorities will conduct inspections based on special indicators. These include social, industrial facilities, certain types of activities that have a maximum or close to it level of risk of causing harm in the relevant area. 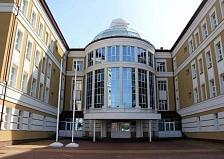 The Sirius Educational Center, with the support of the Moscow Center for Continuing Mathematical Education and the portal Olimpiada.ru, published a rating of 200 schools that showed the best results in developing the talent of schoolchildren in the field of mathematics and natural sciences. Republican Lyceum for Gifted Children entered the top ten. He took the seventh place in this ranking. 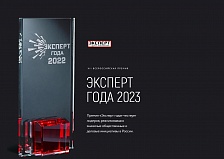 LLC «Expert» Center of Analytics» has announced the start of accepting applications for participation in the federal project XII All-Russian award «Expert of the Year 2023». Outstanding professionals in their field are invited to participate, as well as administrations can submit a series of applications, noting significant projects implemented within the framework of their official activities and influenced the development of the region. 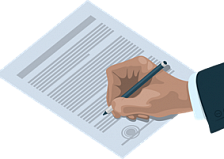 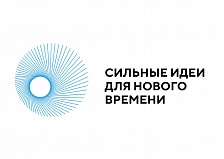 The Decree of the President of the Russian Federation on the annual format of the forum «Strong Ideas for a New Time» was published on the official Internet portal of legal information. The event is organized by the Agency for Strategic Initiatives (ASI) and the Roscongress Foundation. Its main goal is to support socially significant civil initiatives and projects aimed at achieving the national development goals of the country. 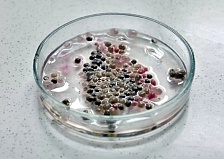 Scientists of the Mordovian State University named after N.P. Ogarev developed a new method of delivering probiotic (beneficial) bacteria to the body – gel spherical particles based on natural components. A special advantage of the development of Mordovian scientists is the efficiency of delivery of the probiotic to the animal or human body, as well as additional enrichment with organic iodine and a valuable polysaccharide – fucoidan, the press service of the university notes. 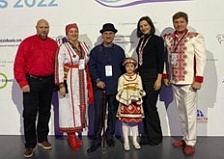 PROJECTS FROM MORDOVIA BECAME LAUREATES OF THE NATIONAL TOURISM PRIZE

Two projects from Mordovia became laureates of the Russian Event Awards 2022. This year, 314 implemented ideas from 55 regions of the country reached the final of the competition. The final events of the award took place over three days in Nizhny Novgorod.