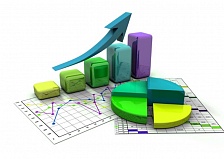 The Talina group of companies entered the top 25 largest feed producers in Russia according to «Agroinvestor». It ranked 19th with a production volume of 403 thousand tons in 2021.

The group of companies is one of the three largest domestic producers of meat and sausage products. It works on the principle «from field to counter»: it grows grain, from which it produces compound feed for its own pig-breeding complexes.

The needs of the agricultural holding in compound feed are 100% provided by its own production at Kovylkinsky Feed Mill, including premixes and prestarters for piglets. In addition, at the end of 2021, the modernization of production was carried out, which allowed to increase the capacity to 460 thousand tons per year.